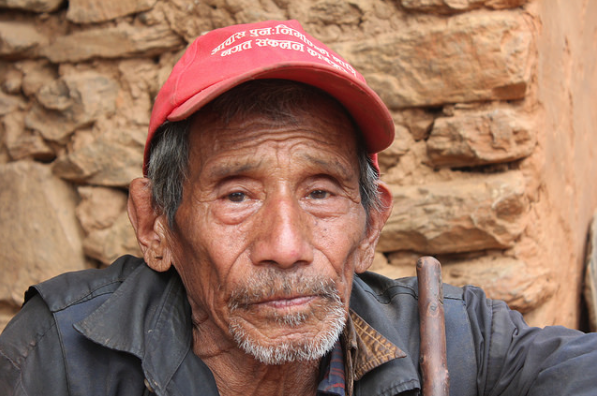 Only 8% of Nepal’s total population are older, and yet 29% of the people killed in the Nepal earthquake of 2015 were older people. Why the huge discrepancy?

Dupha’s story might provide some answers. When the 7.8 magnitude earthquake struck just outside Kathmandu on 25 April 2015, the 85-year-old did not realise what was happening.

Because Dupha has cataracts, he is almost completely blind. Following a long illness, he is also hard of hearing, bed-bound and immobile.

It was only when his daughter began to pull him from the house that he understood the severity of the situation. ‘I would’ve died in my bed,’ Dupha recalls.

If you can barely walk, you certainly can’t run 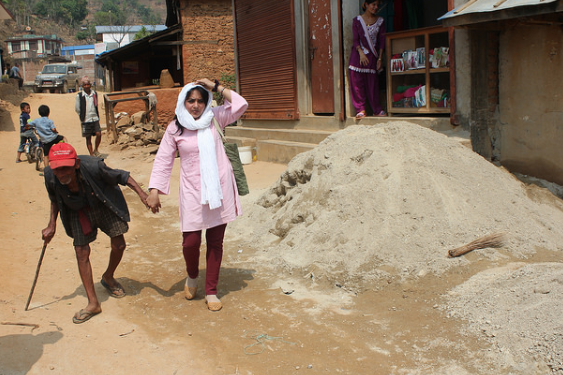 Dupha, 85, didn’t even realise the Earthquake was happening until his daughter pulled him out of his house.

Dupha’s situation is hardly unique. In fact, his story helps us to understand why older people are particularly vulnerable during emergencies – and why it is that so many older people died during the Nepal Earthquake.

‘It’s partly because the earthquake disproportionately affected people in rural areas and many younger people have migrated to cities; but also partly because of the different ability of older people to escape,’ Khemraj Upadhyaya, Director of our partner, HelpAge in Nepal, explains.

‘If they can barely walk, then they certainly can’t run.’

‘We are planning to create an older person’s database with the government – that way we can understand older people in our country a lot better,’ says Khemraj. ‘We don’t want to be in the same situation again in future where we don’t have appropriate data.’

‘No one else came to us: only you’ 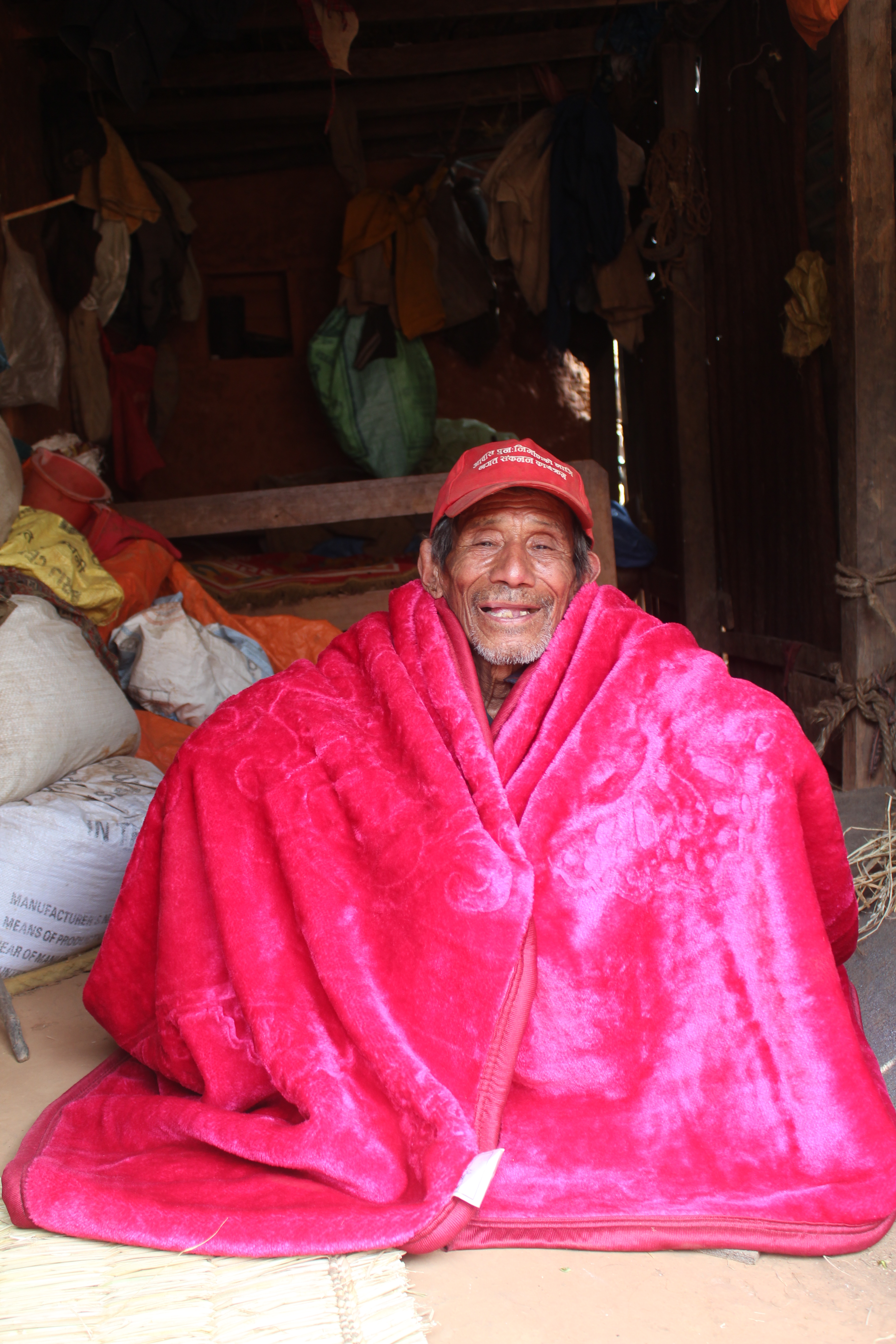 Dupha with the blanket that Age International gave him, to keep him warm after the earthquake.

For Dupha, life after the earthquake was particularly difficult.

‘We had to live in the goat shed for two months before we could rebuild our house,’ Dupha recalls. ‘It was a really miserable time. I couldn’t walk properly, I couldn’t see, I couldn’t work.’

Age International gave Dupha a blanket, a solar lamp, and materials to build shelter. We also gave him money, which he used to buy rice.

‘It’s good to get the solar lamp.  I can use it all the time… I can take it with me wherever I go. No one else came to us: only you.’

‘I went to the eye camp’

Crucially, we have also helped Dupha with his sight. ‘I went to the eye camp.  There they found I had a cataract and recommended that I have surgery to remove it.  If I had not had the free cataract surgery, I would not be able to see now.  My life would be completely different.’

‘I would’ve died without your support,’ he tells us. ‘You have been a saviour to us, like a god. I will always remember your supporters: I will regard them as my life-saver, my saviour, my god.’