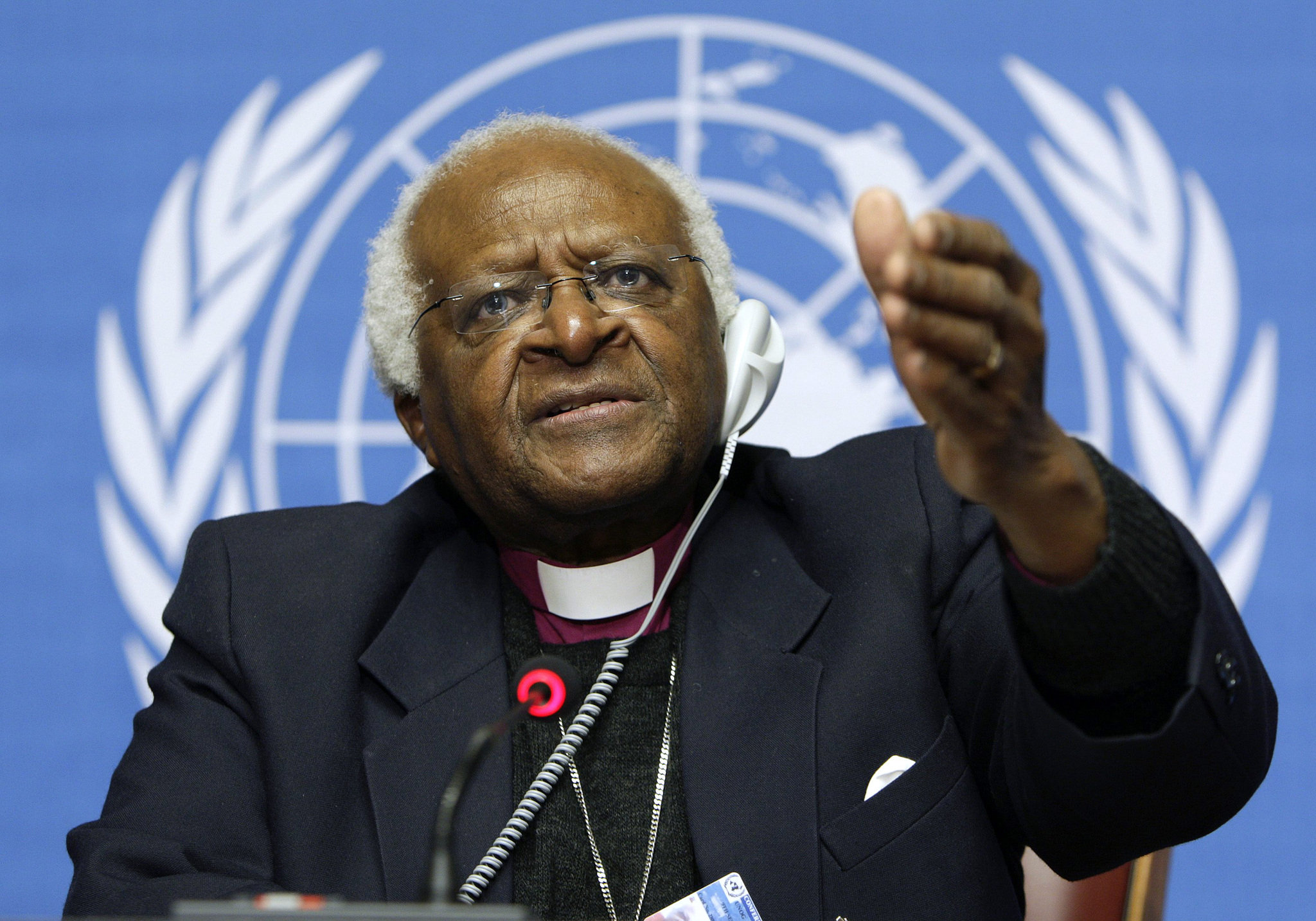 Archbishop Desmond Tutu is calling on governments around the globe to explicitly recognise the needs and rights of people of all ages. The call comes as world leaders make their final preparations this month ahead of the UN summit where they will agree global goals to reduce poverty in September.

May is the month when the global campaign, action/2015, hots up to highlight the importance of all ages in the Sustainable Development Goals. The Goals are being set for the next 15 years at the United Nations later this year and at the UN Climate Change Conference COP21.

‘As we get older our rights do not change. As we get older, we are no less human and should not become invisible,’ said 83-year-old Archbishop Desmond Tutu in a video released today.

‘I want to tell the world that I count, that older people everywhere count and that people of all ages should be included in the Sustainable Development Goals,’ he said as Age International, part of the HelpAge global network, hosts a global Action All Ages campaign today (Friday May 22) as part of action/2015.

Life expectancy is on the rise and the demographic make-up of the world’s population is changing at an unprecedented rate. That more people are living longer around the world is a cause for celebration, but this new reality also brings new challenges if it goes unrecognised. Today, there are more than 895 million people aged 60 and over, representing 12 per cent of the global population. By 2030, this is projected to rise to 1.3 billion or 16 per cent while the proportion of people aged 15-24 will be 15 per cent.

The action/2015 May Month of Action will feature 14 Global Action Days – organized on themes of ageism, child health, faith and climate change, gender equality and hunger and nutrition – as well as hundreds of events including marches, concerts, flash mobs, workshops and debates throughout the month.

‘This year decision-makers have the chance to include all ages in their plans for the years ahead,’ said Chris Roles, Director of Age International.

‘Across the world, from the Philippines to Zimbabwe, we are joining hands with the world’s older people, who too often go unheard and uncounted. It is crucial that older people are included in these goals,’ he added.

Action All Ages events, to highlight the importance of the Sustainable Development Goals, will be taking place in ten countries around the world.

Singer-songwriter, actress and entertainer, Avril and fellow older musicians from Kenya have developed a campaign song, Hoja Zetu, which will be shown at an event on the day in Kenya.

‘I want to grow old knowing I will be listened to just as much as anyone else, at any age,’ said Avril, best known for singles, Mama, Kitu Kimoja and Hakuna Yule.

‘I have learnt so much from the older musicians I’ve worked with on this song. We love what we do because music connects people together. I know, like them I’ll be singing into my old age,’ she said.

Age Demands Action campaigner in Kenya, Mama Rhoda Ngima, in her 70s, will be taking part in the day and said: “Just because I am old does not mean I am not passionate about my rights. I want this year to be the year I am heard, the year I am recognised and the year I am counted.’

In Mongolia, the Mongolian Women’s Fund, MONES, is planning a ‘WALTZ DAY’ for older women and young people aiming to inspire and mobilise communities and the public to act together for all ages.

In Zimbabwe, an intergenerational panel will be organised to review the success and failures of the Millennium Development Goals and come up with recommendations for the post 2015 agenda focusing on ageing.

In Malawi, older and younger people are organising an intergenerational public debate. Younger and older people will talk about what they hope to see in the SDGs.

You can follow the events and show your support online using #actionallages, or by posting photos with your favourite older person or with an action/2015 message placard.

All materials, including Desmond Tutu’s video, are available here: https://bit.ly/1HfzM1x

On the day the video will go live at this link on YouTube: https://bit.ly/1IjA0Yk Private link to share with public after embargo has lifted

2015 is an important year for us oldies. A pair of United Nations Summits tackling the important issues of our time; poverty, inequality, the environment and climate change are platforms we should embrace and influence. We can show the world who we are, where we fit in, and what we hope to see. We’d like to tell the world that we count, that older people everywhere count!  And that people of all ages should be considered when we set our Sustainable Development Goals.

This is not just a matter of concern to my generation. People are living for longer all around the world. By 2050, it is estimated that 21 per cent of the world’s population will be over 60. Today’s young people will therefore form part of the largest group of older people in history.

No future development goals can be considered legitimate or sustainable unless they include people of all ages, and no one is forgotten and left behind.

Avril is a Kenyan singer-songwriter, actress and entertainer. She was formerly signed to Ogopa Deejays, one of the leading music production and record labels in Kenya. As a singer, she is popularly known for her singles “Mama”, “Kitu Kimoja” and “Hakuna Yule”. As an actress, she is best known for playing Miss B’Have on Shuga: Love, Sex, Money (2012). Avril’s contribution to the Kenyan Entertainment Industry has earned her one Nzumari Award, one Kisima Music Award, one Golden Mic Award and two Chaguo La Teeniez Awards.

All Ages Day in Kenya: Avril will be joined by university students, academics and representatives from the Ministry of Labour, Social Security and Services along with young people from the Organisation of African Youth. They will discuss why including people of all ages is so important this year for the development goals.

action/2015 is a global citizens’ movement calling for pivotal change in 2015 for the future of people and the planet. action/2015 is comprised of 1300+ organisations and coalitions from over 130 countries. More information is available at www.action2015.org.