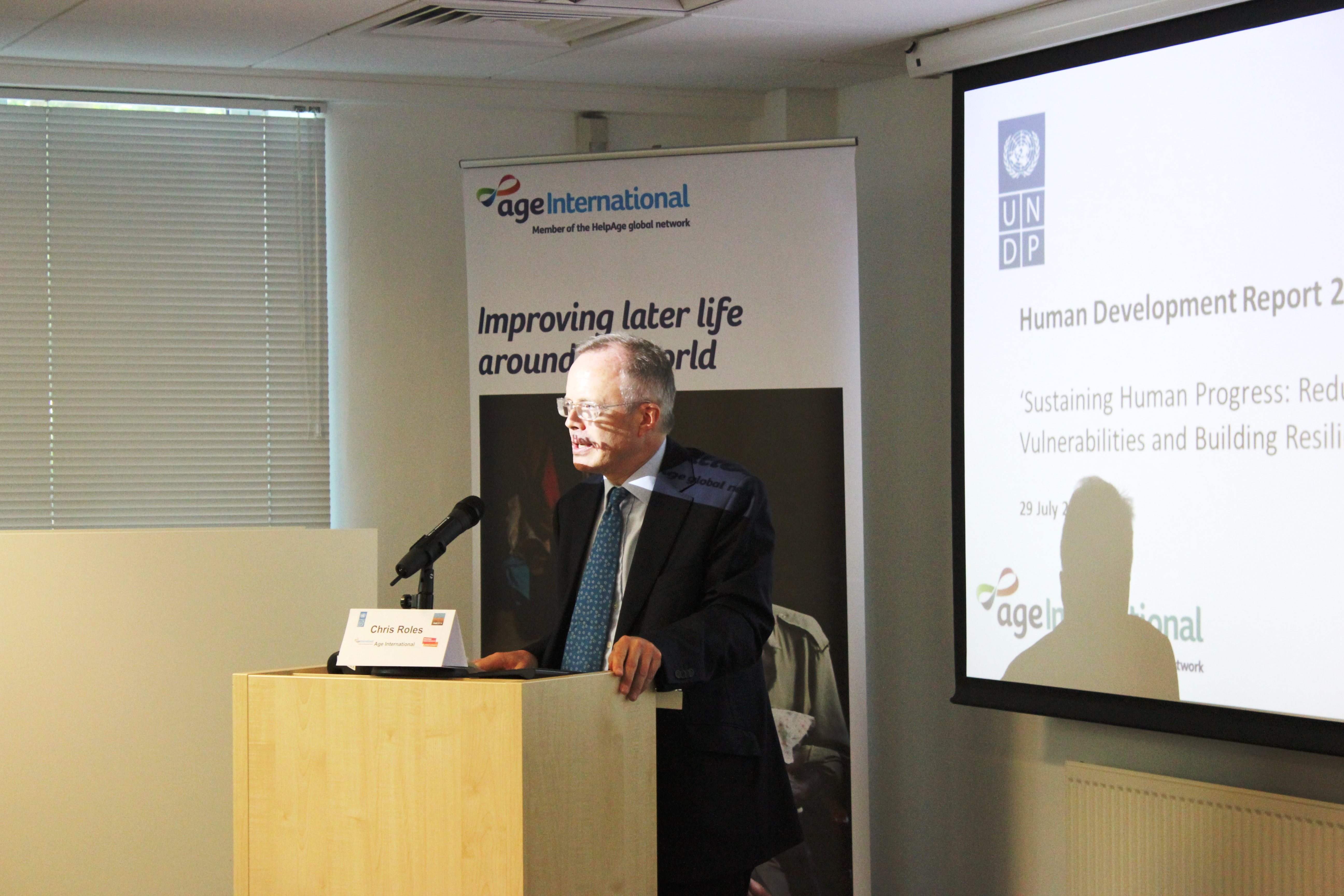 Are some people being left behind?

During the launch, Khalid Malik, the report’s lead author, asked: ‘Are people still being left behind despite economic growth?’

The report makes the case that successful human development relies on continuing to support people throughout their lives, with particular attention to ‘sensitive times’ such as during the transition to old age.

The importance of social protection

‘Ultimately it’s about looking after people and investing people – then the rest works well. Globalisation works when you are doing certain things – one big thing you have to do is invest in people.’

‘We want Governments to look at health, education and so on – not as expenditure but as investments. The minute you look at them as investments then other things work better.’

Part of the report recognises that there are different types of vulnerability that a person will experience at different stages of his or her life.

It also acknowledges the fact that people often have capabilities they are prevented from fully realising, in the face of obstacles that could be removed by policy or institutional changes.

For example, the report states that social protection is often a factor in enabling households to continue sending children to school, and to access the necessary medical care.

During the event, Baroness Sally Greengross said that longevity is ‘to be celebrated’ but that this is only possible if we tackle inequalities.

Chris Roles, Director of Age International, commented: ‘We particularly welcome the report’s acknowledgement of the fundamental importance of social protection, including pension programmes, for families, communities and whole economies.’

Toby Porter, Director of HelpAge International, added: ‘We all have a stake in ageing.’