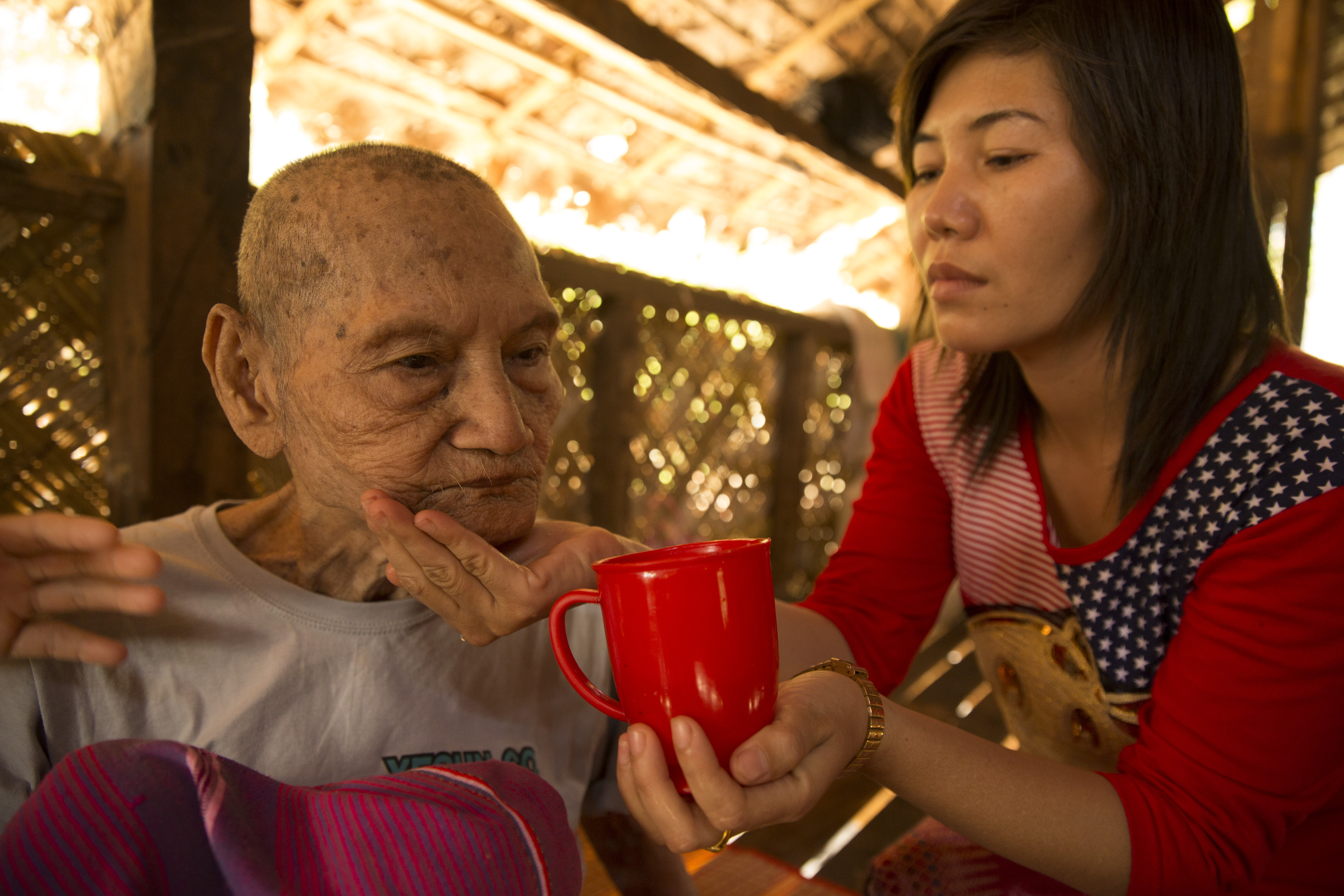 The World Alzheimer Report, from Alzheimer’s Disease International, estimates over 9.9 million new cases of dementia each year worldwide – one new case every 3.2 seconds. This new estimate is almost 30% higher than the annual number of new cases estimated for 2010.  The vast majority of cases occur among older people.

‘It is crucial that we recognise dementia as a global health issue and not just something impacting wealthier countries,’ says Ken Bluestone of Age International. ‘This report is a tremendously important tool for shedding light on the realities facing an increasing number of older people. It is particularly pertinent because global data on older people is often lacking.’

‘Policy makers need to prioritise dementia prevention, treatment and care and anticipate the needs of the future.  We need to recognise dementia as a global health crisis that has the potential to affect everyone.’ 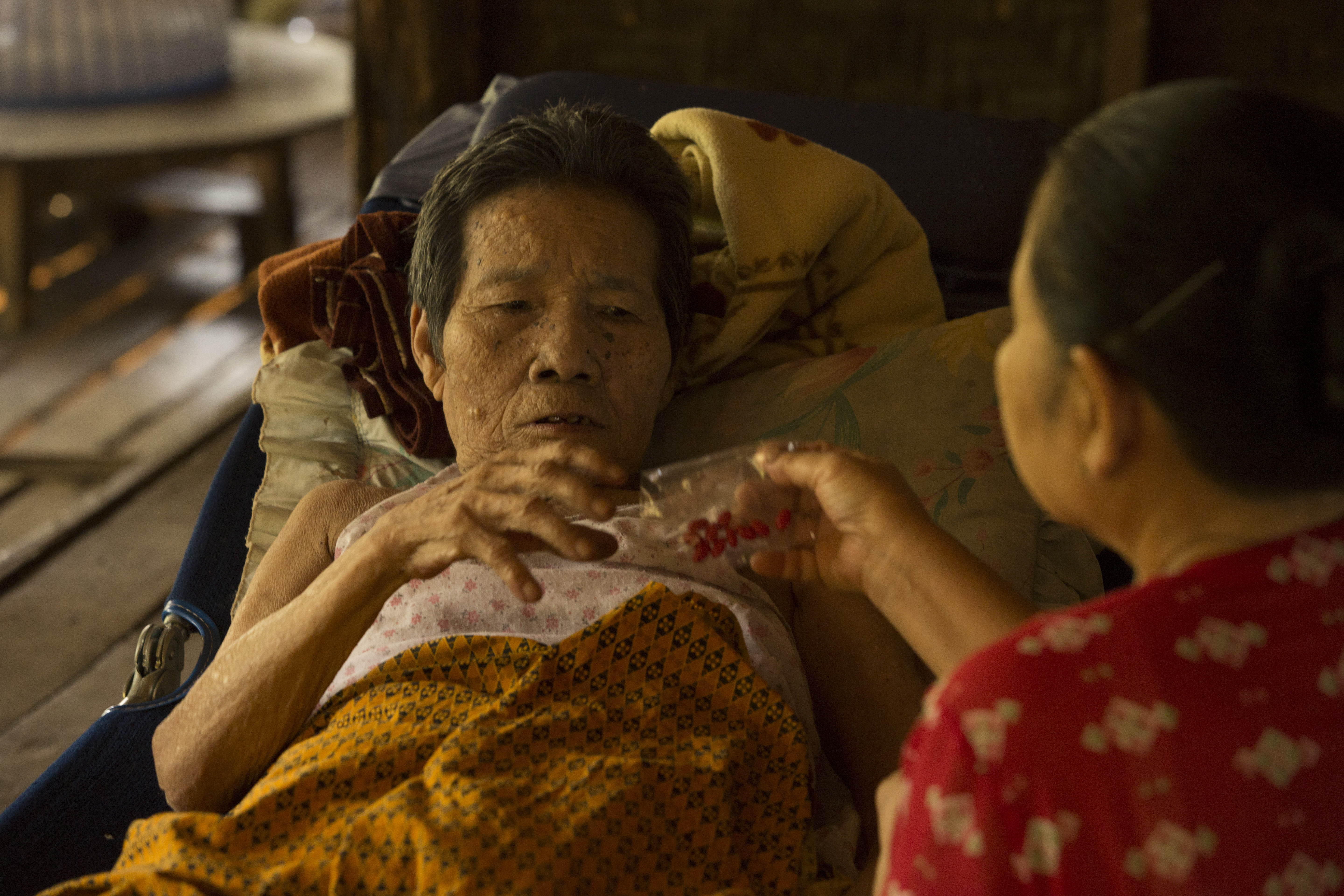 Daw Ha Ton is given medication by a home care volunteer.

According to the World Alzheimer Report 2015: